I don’t think it’s possible for me to overstate how pivotal this program and relationship have been for me, especially in the midst of my law school application journey. If I had to distill my experience with the program and Joel into three words, those words would be orienting, cultivating, and affirming.

Funnily enough, Joel was orienting me before we ever even met. When I was a bright-eyed 17-year-old, I was made aware of the Morehead-Cain. Eager to learn all I could about it and boost my chances of being chosen, I resorted to an in-depth YouTube investigation of Morehead-Cain.

There I found a series of videos that featured Joel speaking about a range of different topics, including applying to U.S. universities as a Brit, factors to consider when applying to colleges, and his experiences as a Morehead-Cain Scholar, among other things. Those videos gave me a crucial framework for applying for the Morehead-Cain that I wouldn’t have otherwise had. They also convinced me that being a Morehead-Cain Scholar was something I really wanted to do. So, before we had ever exchanged a word in conversation, Joel had helped to orient me towards Chapel Hill, North Carolina.

To my delight, I was officially paired with Joel as my mentor and it happened to once again be in the midst of a pivotal time for me. Joel helped to orient me by answering some of my most disorienting questions. Together we talked through the differences between practicing law in the U.S. and practicing law in the U.K. and the different factors I would need to consider. Whenever I had questions about Law as a field, or about choosing between different schools, he would talk through my questions with me, or direct me to another Morehead-Cain Alumnus or Alumna who could speak to my situation.

Despite the fact that I didn’t have anyone among my family or friends who had applied to or attended law school, with Joel’s orienting wisdom, I never felt like I was putting a foot wrong.

My mentoring relationship with Joel has also cultivated my character in a number of ways I would have never been able to foresee. Joel’s no-nonsense personality, coupled with the regular intervals between our calls and the fact that I left each call with a clearly defined to-do list, created an environment where I was encouraged to grow. This took the form of developing a greater sense of personal responsibility, taking stock of my strengths and weaknesses, and learning to negotiate more forcefully on my own behalf.

While I still have a lot of room for improvement in all of these areas, these skills, which I would not have cultivated of my own volition, have been incredibly valuable to me in all areas of my life.

Finally, having someone to affirm my progress and celebrate my successes has been so personally rewarding. There were many moments last year where anxiety and self-doubt aimed to choke the joy out of what I should have viewed as positive events. However, at every step of the way, Joel actively encouraged me and reminded me that he was proud of the steps I had taken. He celebrated every acceptance letter and every scholarship offer with me.

As simple as these affirmations might seem, they’ve motivated me and have given me the confidence to do things I consider scary and difficult. I know that I was able to fully appreciate the anxiety-inducing law school admissions roller coaster as a result of Joel’s support and encouragement.

In short, I haven’t for one moment regretted choosing to be a part of the Morehead-Cain Mentoring program. Building a relationship with Joel through the program has provided me with professional and personal guidance, forced me to grow as an individual, and given me stellar support when I needed it most. If you are even slightly unsure about being part of the program, don’t be! Go for it. I promise you won’t regret it.

Uzorma Owete ’20 graduated this past spring with a degree in computer science and will attend the University of North Carolina School of Law. His mentor, Joel Semakula ’12, is a barrister at Landmark Chambers in London. 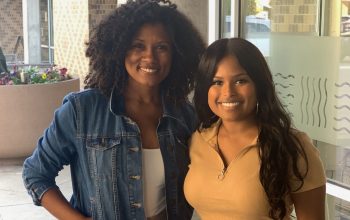 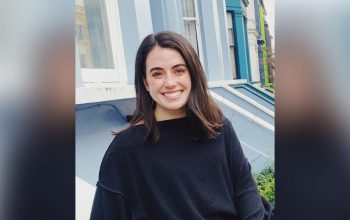 Caroline Durante ’21 on the Mentoring Program: ‘It’s scary to take that first step. Because of Jenny Youngblood Campbell ’95, I’m less afraid to jump’ 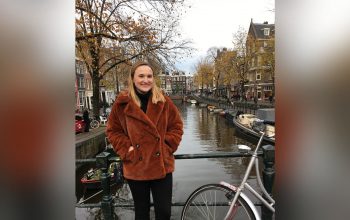 Katie Brandao ’21 on the Mentoring Program: ‘Kristin Breuss ’90 revealed to me the power of knowing that you are never alone’