For Lily Roberts ’12, “everything is linked to the economy,” from public health to childcare. That belief guided her work as a Morehead-Cain Scholar, and it has continued to do so in her current role as managing director of the Center for American Progress (CAP) in Washington, D.C.

As an undergraduate, Lily pursued a major in peace, war, and defense, studying the effects of war on societies. For her honors thesis, she researched how the G.I. Bill exacerbated wealth disparities between white and Black soldiers in North Carolina. White soldiers bought homes with low-interest mortgages and attended university programs as Black soldiers were denied those same benefits.

From Chapel Hill to Capitol Hill

Following Lily’s graduation from UNC–Chapel Hill, she landed an internship with the Obama Administration, where she was able to “see how the federal government shows up in people’s lives.”

Despite having not gone on the more traditional route to Capitol Hill with a political science degree, the freedom to follow her interests through the Morehead-Cain equipped her to enter the world of policy.

“I have a lot of different interests in history, public policy, and other subjects. The Morehead-Cain helped me explore all of those and think creatively about how to link different topics,” says Lily, a self-described “generalist.”

She joined Mathematica Policy Research two years later to research and evaluate social safety net policies as a program analyst. She studied topics such as home visiting, substance abuse, and psychiatric emergency care, where the connections between policy and health outcomes are clear.

“If you’re going to support someone economically, they’re going to have incredible health benefits as well,” the alumna says.

Lily soon realized, however, that her passion was in the “policy-making space,” rather than in an assessing capacity. She accepted a position as director of economic mobility at CAP in 2019, where she was tasked with working to protect anti-poverty legislation, advocate for greater economic justice, and raise the minimum wage to more accurately reflect the cost of living.

“All of us in the policy world recognized that this was an incredibly important moment to make policy for right now, but that we could also learn from the lessons of the last recession,” says Lily, who graduated in the aftermath of the Great Recession, when job growth still lagged.

Many policymakers in her network believed that taking “drastic action” at the beginning of the pandemic would mitigate some of the same consequences, given the power the federal government has at its disposal to prevent a detrimental reduction of spending capacity over the long term.

“What’s the most we can do for the people who are suffering the most from the economic and health effects of the pandemic?” she asks, suggesting increased access to unemployment insurance, stimulus payments, and providing cash to vulnerable industries as tangible ways the U.S. government could continue to address the financial impact of COVID-19.

Affordable healthcare, prescription drug prices, and housing should also be treated as both health and economic policies, the managing director says, again drawing connections between policy and lived experiences: “Trying to solve just the health side of things without recognizing the underlying economic conditions doesn’t usually work.”

Lily began serving as managing director of the Poverty to Prosperity Team at CAP in December 2021, working to create policies that help Americans most vulnerable to the effects of the pandemic.

Of the many neologisms introduced into the American vernacular since March 2020, the phrase “Great Resignation” is misguided, she says, explaining the framing of the economic trend of American workers quitting their jobs fails to capture the motivations behind the reshuffling.

She prefers the “Great Upgrade” instead.

This, Lily sees, is a positive.

“We want people to have jobs. People are better off when they are employed, [but] it is worth noting that, for the first time in a long time, people can be a little choosy about their jobs.”

Waiting for a job that pays more, and that better matches their interests, needs, and schedules, might create less turnover in the labor market down the line, according to the alumna.

The pandemic has also disproportionately impacted working mothers, driving many out of the workforce and reversing decades of progress, Lily says. The burden of additional childcare responsibilities from COVID-19-related closures has been compounded by the lack of affordable childcare in the United States.

“If change doesn’t come, we will be at a place where the majority of people will be unable to afford childcare.”

Rather than lowering childcare costs, which might hurt the small business owners who often operate these centers, Lily advocates for treating childcare like public education or publicly funded infrastructure: a federal investment.

“Childcare underpins the economy the way that physical infrastructure does,” she says, adding that childcare centers are often run by women of color for little pay. “Roads and bridges are how you get to work, but if you can’t leave your kid with someone while you work your shift, you’re not going to get to work, either.”

One of the most important lessons from the past two years has been the correlation between public support and poverty reduction, Lily says, with the three stimulus checks issued by the government as one such example. She points to the increased child tax credit and expansion of unemployment insurance as other initiatives that benefited everyday Americans.

“I would’ve never thought that during an economic and health crisis that poverty rates would decline.”

Although she’s confident that this historic period will serve as a clear blueprint for greater economic justice in a post-pandemic world, there’s still a lot of work to be done. We’ll need to adapt the lessons learned for the new normal.

“There were a lot of successes in the COVID-era of economic policy, but we need to make sure we have the political will to keep them moving.”

Laurelle Maubert ’25 of Frederick, Maryland, covers the alumni beat for the Morehead-Cain Scholar Media Team, with a focus on law and politics.

The first-year scholar graduated in spring 2021 from Saint James School in Hagerstown. In high school, she served as the policy coordinator for March For Our Lives Maryland, where she led the organization in advocating for gun reform and legislation. In 2020, she participated in the Democracy Summer Fellowship for Congressman Jamie Raskin, learning about political organizing and campaigning.

Laurelle plans to pursue a double major in business and French and minor in creative non-fiction writing at Carolina.

“Roads and bridges are how you get to work, but if you can’t leave your kid with someone while you work your shift, you’re not going to get to work, either.” 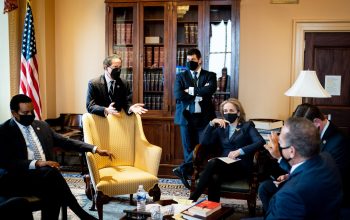 One year after the Capitol riot: Aaron Hiller ’03 of the House Judiciary Committee on the story behind the Trump impeachment trials 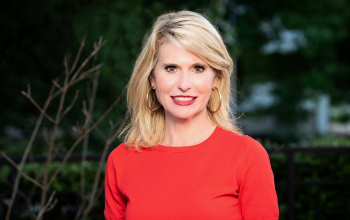 Election Day spotlight: Psychiatrist and North Carolina Representative Kristin Dutrow Baker ’85 on how college students can protect their mental health during the pandemic 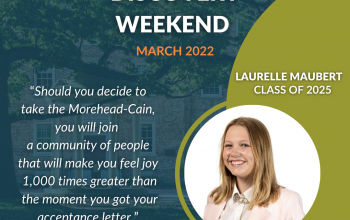