In a Minneapolis courtroom on April 20, special prosecutor Jerry Blackwell ’84 shared in his closing arguments what he saw as the “largest departure” from the evidence in the trial of former Minneapolis police officer Derek Chauvin.

“You were told . . . that Mr. Floyd died because his heart was too big,” said Blackwell, the founder, CEO, and chair of Blackwell Burke P.A. in Minneapolis.

“And now, having seen all the evidence and having heard all the evidence, you know the truth, and the truth of the matter is that the reason George Floyd is dead is because Mr. Chauvin’s heart was too small,” he said.

Blackwell has represented corporations in both federal and state courts as national and trial counsel. The lawyer has defended class actions, toxic tort, commercial disputes, and product liability, among other complex cases in all except three U.S. states.

In June 2020, he unanimously won the first posthumous pardon in Minnesota history for Max Mason, a Black circus worker wrongly convicted of raping a white woman in 1920. Mason was arrested following a mob’s lynching of three of his colleagues in Duluth.

During the pardon hearing, Blackwell spoke to the danger of racist stereotypes, saying discrimination “plays a role in aiding and abetting the subjugation or killing of Black and brown people with impunity—giving cover to what is wrong rather than moral justice for what is right,” he said.

Minnesota attorney general Keith Ellison recruited Blackwell to the legal team in the Chauvin trial last July, following the pardon. The alumnus worked on the case on a pro bono basis (he will not receive pay for his service), according to the New York Times.

Blackwell is the co-founder of the Minnesota Association of Black Lawyers, a meditation advocate, and a mentor for young lawyers. He also served two terms as a member-at-large for the governor-appointed Minnesota Commission on Judicial Appointments.

The alumnus said he owes a “debt of gratitude” to the Morehead-Cain Foundation for the Program’s impact on his life and career.

“What has been the greatest and most enduring gift throughout my life has been the ideal of striving harder and reaching higher to make a difference in the world,” he said. “That ember was there as a high school senior but it was fanned into a lasting flame during my 4 years as a Morehead Scholar.”

The double Tar Heel earned his undergraduate degree in political science from the University of North Carolina at Chapel Hill, followed by a J.D. from the UNC School of Law in 1987. A. L. Brown High School in Kannapolis, North Carolina, nominated Blackwell for the Morehead-Cain Scholarship as a high school senior.

Learn more about Blackwell via the Carolina Alumni Review.

Karen Stevenson ’79 on her nontraditional path to federal court judge: “No one else can tell you what your path should be” 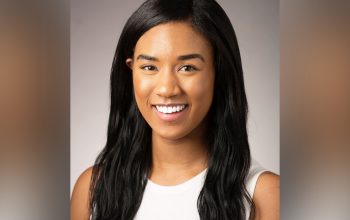