Author Shilpi Somaya Gowda ’92 says there’s no one path to becoming a novelist or an adept professional in any particular creative field.

The alumna, who spent 15 years working in the business sector before shifting her focus to writing, shared with a group of Morehead-Cain Scholars and Alumni yesterday evening that it’s never too late to get started as a writer.

Shilpi said it wasn’t until she moved from San Francisco to Dallas in 2006 for her husband’s job that she saw an opportunity to entertain her “insatiable appetite for living in a world of stories.”

“The longest thing I’d written at that point was an 80-page economics thesis for my senior year at Carolina,” said the author, who still prefers to use spreadsheets and other quantitative approaches to help her stay on track with her writing goals. “I was not happy to leave a city and a life that was full and rich, with great friends and a great job, but the one thing I didn’t have there was the space to try something new.”

During her pregnancy with her second child, Shilpi joined writing groups, took evening classes at Southern Methodist University, and began mapping out what would become her first novel.

The debut became a New York Times bestseller (Shilpi reminisced during the online event about her childhood memories of devouring the Book Review section of the Times) and a #1 international bestseller. Shilpi has since had two other books published, The Golden Son (2015) and The Shape of the Family (2019).

Her advice to those interested in writing included dedicating part of each day to writing, exploring personal motivations as a guide for the end goal, and working to find balance between research and imagination.

“All human beings have creative instincts in them, and if you’re not channeling them in some way that’s meaningful, you’re not fully living your life and not giving to the world as fully as you can,” she said.

She advised everyone, even those who aren’t seeking to pursue careers as novelists, to journal their experiences during the coronavirus outbreak as a way of coping and documenting history for future generations.

“I can’t wait to see what great art will come out in a year or two from now,” she said. “I think a lot of people are making space for creativity in their lives.”

Shilpi received an economics degree from Carolina and an MBA from Stanford University. She resides in San Diego County, California, with her husband, Anand, and their two children.

The Toronto native launched Morehead-Cain’s Virtual SEVEN Alumni Speaker Series. The next speaker is Tom Thriveni ’10, a staff writer for The Late Late Show with James Corden on CBS. Tom’s talk next Wednesday, May 6, at 7:00 p.m. EDT will be about overcoming self-doubt.

You can learn more about the series on the Morehead-Cain Network. 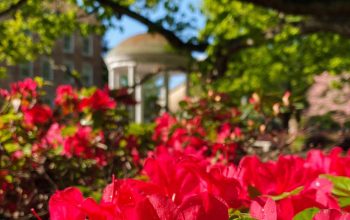