For Chris Sopher, co-founder and CEO of media startup WhereBy.Us, leadership is about the small things.

“There are all these little decisions you have to make where it’s easy to take some sort of shortcut or say, ‘This is a value I have, but right now is not the time to apply that.’ It’s very challenging to make the choice that you have to be about those values all the time—not only when it’s convenient.”

Chris, who is based in Oakland, says he has to be intentional about all the small decisions that maintain the company culture he wants.

“You want to be the kind of company where people can go home and hang out with their kids on the weekend and not feel bad about that. It’s easy when you’re Google; it’s harder when you’re a startup still raising money.”

WhereBy.Us builds local media brands for growing cities, with a focus on fostering meaningful communities of local explorers, makers, and leaders. The goal is to help people be more connected to others in their community.

“Cities are growing like crazy, but the fundamental challenge in that growth is that it gets harder to keep up,” Chris says. “People say they feel exhausted by the amount of news. More and more content about your city is overwhelming.”

The key question WhereBy.Us seeks to address is, “How do we build that sense of local connection and engagement with your city?”

Chris is confident he and his team have the answer. “I think a big part of it is understanding the ways the world is transitioning and becoming more global, and the pace at which things are accelerating. Being connected to local news is a really important counter-balance. Having your news become more local as the world becomes more local.”

For Chris, managing “the little things” is about even more than company culture. It’s also about learning how to turn vision into reality.

“Sometimes my eyes are bigger than my stomach,” he laughs. Which means he gets so excited by his big ideas that he might forget to consider logistical obstacles. At UNC, he started learning “how to control for that” in a leadership capacity.

“It was really helpful being surrounded by that community of people who know that even if you have this vision, you can’t execute unless you’re organized. It’s easy to ignore the little stuff, but if you pay attention it’ll make things easier in the long run.”

That was just one of the lessons Chris says he learned as a Morehead-Cain Scholar. Another was how to handle unexpected situations with grace and ease.

“One of the things that was really important about the Morehead-Cain experience was all these subtle, unexpected things you do as part of summer experiences—or as part of the community on campus—that prepare you for uncharted territory. Working on a startup is a lot about finding money, finding the right people, moving at the right pace. It’s all about being in unexpected, uncharted waters. I don’t think it would’ve been possible at all, getting off the ground and having whatever success we’ve had, without having had those experiences with the Morehead-Cain.”

This fall will be Chris’s first Alumni Forum, for which he’s preparing by watching Seven Talks from past Forums. In the meanwhile, he recently moved from Miami, Florida, to Oakland, California—and he has a lot of local exploring to do. 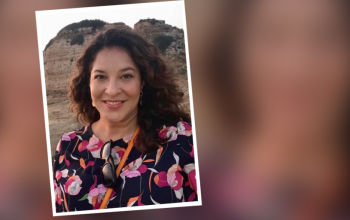