What to expect in a post–Inflation Reduction Act economy, according to Morehead-Cain Alumni Experts

Article Disclaimer: All panelists participated in a personal capacity and not on behalf of their organizations or other affiliations.

In a post–Inflation Reduction Act (IRA) economy, there are three trends to look out for: an accelerated expansion of ‘climate tech’ industries, increased consumer pressure on companies to make more ambitious climate commitments, and rapid decarbonization efforts in electricity and transportation.

That’s according to five Morehead-Cain Alumni working in climate from both private and public sectors. The group led a panel discussion at the 2022 Alumni Forum in Chapel Hill to provide their projections for how the IRA will affect the global economy. 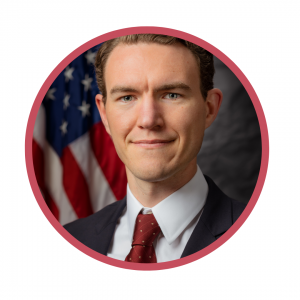 The federal government’s landmark law, passed on August 16, is claimed to be the “largest investment in U.S. history to combat the climate crisis” due to its suite of intended reforms.

The IRA stands alongside the Paris Climate Agreement of 2015 as a “high point for optimism” within the last ten years of the crisis, according to Zealan Hoover ’13, the senior advisor to the EPA administrator and director of implementation at the U.S. Environmental Protection Agency.

The alumnus began his career in climate and energy with the Obama Administration, where he was a part of the team that led the country’s climate strategies that culminated with the Paris Climate Agreement.

“It’s the single largest piece of climate legislation that has ever passed” in the country, he said. Zealan is leading the deployment of more than $100 billion in funding from the combined IRA and Bipartisan Infrastructure Law.

The rise of ‘climate tech’

North Carolina is well poised to take advantage of the opportunities unlocked by the IRA, according to Latham Grimes ’95, co-founder and CEO of Oakhurst Energy in Raleigh.

Latham, a developer and attorney, compared the state’s climate leadership to that shown in California and New York. 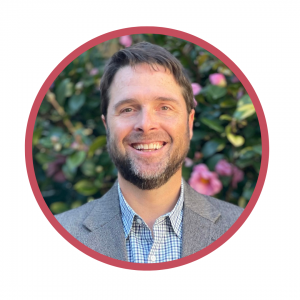 “The IRA is going to be an accelerant for what is already a robust economy, in particular for utility-scale solar,” he said.

The IRA will drive an uptick in a broad range of technologies and innovations designed to reduce greenhouse gas emissions, according to Akhil Jariwala ’14, a principal product manager at Persefoni, a climate management and carbon accounting software company.

With the combination of government and private support, “there’s no better time to be interested in carbon or climate tech than right now,” he said, pointing to the ten-fold increase in private investment in climate technologies over the past decade. 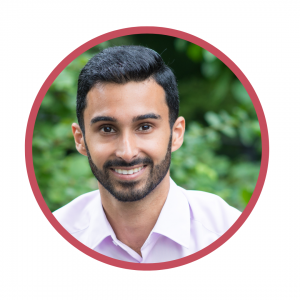 “What’s different now is that we have more positive attention on climate and carbon tech than we’ve ever had,” Akhil said.

Companies are addressing consumer concerns by coming out with more ambitious emissions reduction commitments. Still, many lack the know-how to implement the changes needed, according to Lizzie Russler ’20, the collaborative initiatives coordinator for BSR (Business for Social Responsibility).

Like Akhil’s company, BSR consults with businesses to meet their sustainability goals. 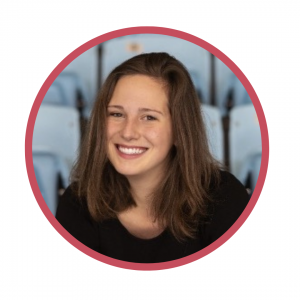 In addition to funding, the IRA creates “policy certainty” for companies worried about the impact of their climate targets on their bottom line.

“The IRA puts tailwinds behind companies to make good on their commitments and enable innovation to meet their net-zero challenges,” Lizzie said. At BSR, Lizzie facilitates the development and implementation of solutions to achieve the United Nations Sustainable Development Goals.

The IRA: An ‘engine’ for reducing emissions by 50 percent within the next decade

The IRA provided a portfolio of tax credits and investments that make solar power, geothermal energy, and electric vehicles “vastly more cost-competitive” compared to fossil fuels, according to Zealan. The effects of which will drive decarbonization across all sectors, particularly in electricity and transportation.

By committing the United States to reduce the country’s emissions by half, the IRA will serve as the “engine” for investing more than $400 billion in federal funding by 2030, the EPA advisor said. The federal plan is to reach net zero by 2050.

The law also has a compounding consequence, where changes to one sector will positively affect another.

“If you electrify vehicles, if you electrify home eating, and you’re still running coal on your electricity system, then it doesn’t work. We’re going to move quickly to decarbonize all sectors of the economy, thanks to these investments,” Zealan said. The alumnus previously worked for McKinsey & Company in its sustainability practice, advising electric power and manufacturing companies in their decarbonization strategies.

The Forum panel, entitled, “Decarbonizing the Global Economy: Who Knew an Inflation Reduction Act Could do so Much Good?” was moderated by Brad Ives ’86, executive director of the Center for the Environment at Catawba College. The alumnus has been the CEO of three startups in the clean energy and environmental, social, and governance (ESG) sectors.

About the Morehead-Cain Scholar Media Team

The Morehead-Cain Scholar Media Team is an extracurricular program and internship run by the Foundation’s communications team. Scholars of all backgrounds and class years collaborate to produce multimedia content on the topics and issues they’re passionate about, as well as support Morehead-Cain’s institutional communications.

Members cover the following beats tied to Morehead-Cain’s departments: selections and recruitment, the scholar experience, development, and alumni engagement. Scholar-generated content is distributed across all of Morehead-Cain’s channels, including social media (Facebook, LinkedIn, Twitter, Instagram, and YouTube), the Catalyze podcast, email newsletters, and the website (moreheadcain.org). The team’s audience comprises more than 3,300 scholars and alumni.

If you’re interested in learning more about the Scholar Media Team, contact the communications team. Participation is a semester-long commitment.