Looking back on past Forums and the people that made them possible, with co-founder Brad Ives ’86

The 2022 Morehead-Cain Alumni Forum kicks off next Friday, October 21!

The idea of the Forum, as we know it today, came about at the 1995 Renaissance Weekend through conversations between Rollie Tillman, former Dean of UNC’s Kenan-Flagler Business School, and Brad Ives ’86.

Renaissance Weekend is a national (non-Morehead-Cain) event that started in the 1980s as a way for thought leaders to come together to share ideas during a relaxing weekend of “off-the-record” panel discussions in Hilton Head Island, South Carolina. Inspired by the model, Brad imagined an Alumni Forum that could provide Morehead-Cains across different generations with an opportunity to connect and share ideas.

“There has long been a perception that Morehead-Cains all knew each other and worked to help each other succeed. That really wasn’t the case before 1997, and I thought it was something we could fix by coming together,” the alumnus says.

After pitching the idea in 1995 to then–Morehead-Cain executive director Chuck Lovelace ’77 and current vice president Megan Mazzocchi, Brad received the go-ahead from the Foundation’s board, who enthusiastically agreed to the idea as an alumni-directed gathering. After two years of hard work and planning, and with the help of Jennie Edmundson Robertson ’85 and an alumni steering committee, the inaugural Morehead-Cain Alumni Forum was held in 1997. Since that time, the Forum has been held every three years, with the exception of the 2021 Forum, which had to be postponed until this year because of the COVID-19 pandemic.

According to Brad, “The biggest change is that the staff of the Foundation now runs all of the operations and programming. That change has helped with the professionalization of the event and has allowed it to be a larger event.”

In addition to the original offerings of panel discussions, great meals, and keynote speeches, Morehead-Cain has added SEVEN Talks, the “Uncle Mot Trot” 5K race, the Food Truck Rodeo, free-time activities, and much more since the Forum’s founding.

More about the 2022 Alumni Forum

If you’ll be joining us in Chapel Hill, make sure to download the Forum App on Guidebook to access the schedule, read about the speakers, and more.

Our emcee for the weekend will be Janora McDuffie ’99, an actress, voiceover artist, and host. The alumna served as the announcer for the 94th Academy Awards earlier this year—the first African American and openly gay female to serve in that role.

Janora sat down with the Catalyze podcast in August at her home in downtown Long Beach, California, following her return from a movie set in Atlanta. (The alumna will be in a Disney comedy and Christmas special starring none other than Grammy Award–winning rapper and actor Ludacris!) 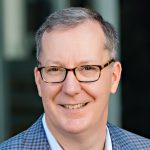 Brad Ives ’86 (Founder, Morehead-Cain Alumni Forum; Moderator, Decarbonizing the Global Economy—Who Knew an Inflation Reduction Act Could do so Much Good?) is the executive director of the Center for the Environment at Catawba College. Brad is a creative, results-oriented leader who has built and managed complex organizations in the financial, legal, renewable energy, state government, and higher education sectors in the United States and in the United Kingdom. Among other roles, Brad has served as chief sustainability officer at the University of North Carolina at Chapel Hill, as North Carolina’s Assistant Secretary for Natural Resources, and as CEO of three startups in the clean energy and environmental, social, and governance (ESG) sectors. Brad spent the first half of his career working in law and finance in New York, Charlotte, and London. He holds the Sustainability and Climate Risk Certificate from the Global Association of Risk Professionals and the Chartered Alternative Investment Analyst designation, is a GRI Certified Sustainability Professional, and received the North Carolina Sustainable Energy Association’s Individual Energy Leader Award. He serves on the Durham City Advisory Board for M&F Bank and the board of advisors for the Clemson University Institute for Parks. Brad is a double Tar Heel, having also received a law degree from Carolina. 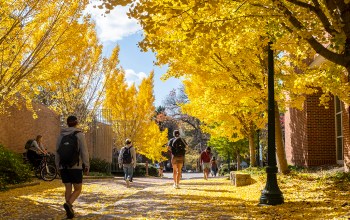 Morehead-Cains on the move: Fall 2022 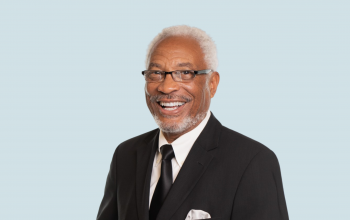 Building wealth for youth of color, one club at a time, with Bob Wynn ’76 of CLIMB 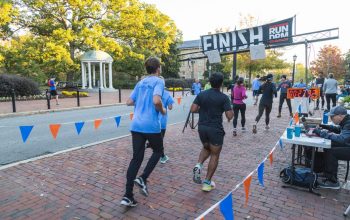 Highlights from the 2022 Alumni Forum, by Laura Limarzi ’17: ‘The opposite of being alone is not simply to be in the company of others, it is to experience life together’