Morehead-Cain Scholars build community . . . by gathering around the dinner table, with Kendall Leigh ’25

Written by Sarah Chocron ’25, Morehead-Cain Scholar Media Team member. The following story, the first in a five-part series, highlights the many ways that the scholar body creates community and connection as college students at UNC–Chapel Hill.

If you see a suspicious number of Morehead-Cain Scholars gathered at any of your favorite restaurants on Franklin Street, you might be witnessing a “Max Cal Ken” event. Although not a formal student organization or intramural club, this group of scholars, led by Kendall Leigh ’25, has a mission of creating community by making chowing down a positive experience.

Although it may seem trivial at first sight, eating out with others can often be intimidating, especially for those who, like Kendall, have had a troubled relationship with food and body image.

The group gathers informally to try new food in the Chapel Hill area while seeking to create affirming associations, through laughter, captivating conversation, and delicious food, with the act of publicly going to eateries as a college student.

As the scholar shared with her fellow first-years in a letter, “I started Max Cal Ken after struggling with eating disorders as a way to cope and deal with the inner struggle of dining in front of people.”

This struggle is not uncommon, as proved by the countless testimonies of shared experience that she received after publishing the mission statement.

Kendall hopes to use Max Cal Ken as a jumping off point to one day combat food insecurity in her community. The problem is a common cause of childhood obesity in many U.S. cities, according to the scholar. Her desire is to create pop-up food banks using up-cycled school buses.

While Carolina students may continue to struggle to interact with food in a healthy way, “the difference is that now we have a community,” she said.

To join Max Cal Ken, you can DM Kendall on Instagram @maxcalken.

Kendall Leigh ’25 of Goldsboro, North Carolina, graduated from Wayne Christian School, where she served as class president in the Student Government Association for four years.

In high school, she served as chair of the Goldsboro Mayor’s Youth Council, a community service organization that partners with Special Olympics, Senior Games, and Salvation Army Natural Disaster Relief programs. She was also a member of the Autism Society Wayne County Chapter and the N.C. Child Youth Advocacy Council.

Kendall plans to study economics at Carolina with the hope of attending law school and becoming an attorney one day. 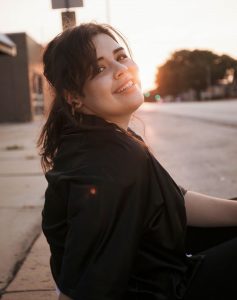 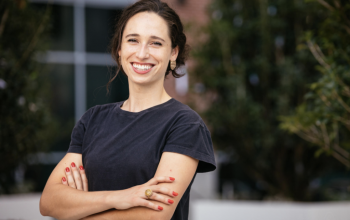