Marina Chase Carreker ’03: ‘Do what sets you on fire’

Marina Chase Carreker thought she had the perfect five-year plan: get a few years’ experience in the workforce, earn a law degree from a prestigious school, then pursue a successful career in a law firm.

But in March of her senior year, an offer she’d been counting on from CNN fell through. She found herself working at a government contracting agency and feeling inconsequential.

“It was hard to be patient coming out of this environment where you feel exceptional,” said Marina, who spoke with scholars over lunch this week as part of the Alumni Speaker Series.

A year later, Marina heard back from CNN’s Larry King Live, where she’d interned as part of a Morehead-Cain private enterprise summer experience, with an offer to work as a production assistant in Washington, D.C.

Following a year on set, she went on to earn a law degree from the University of Virginia. But even after spending seven years working at two major law firms, the path that Marina had always imagined still didn’t align with her expectations.

“I had this moment of, ‘Why doesn’t my life look the way that I want it to?’” she said.

It wasn’t until four years ago when she landed a job at a software telecommunications company in Raleigh that she felt she’d found something personally and professionally fulfilling.

Now the Deputy General Counsel for Bandwidth, Marina said that the decision to embrace the unknown in a different industry gave her career a new focus.

Her advice for surviving a career pivot was simple: attack your ignorance as an opportunity to learn from others and push yourself.

“Lean into your lack of knowledge,” she said. “I was grateful to have been a bit clueless because it gave me no choice but to say, ‘I have no chance to figure this out on my own without help.’”

After learning to nurture her own sense of curiosity, Marina said she felt freer than ever to explore new opportunities. She encouraged scholars to do the same, starting now.

“Do what sets you on fire, something that makes you excited, because that’s what this time is about,” Marina said.

Our next guest for the Alumni Speaker Series is Corrie White Conrad ’02, the vice president of social impact and sustainability, diversity and inclusion at Sephora. The event will be held on February 28 from 3:00 to 4:00 p.m.

“Do what sets you on fire, something that makes you excited.” 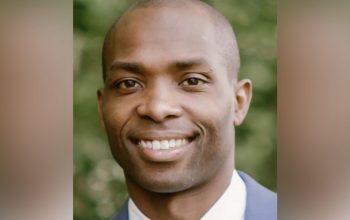 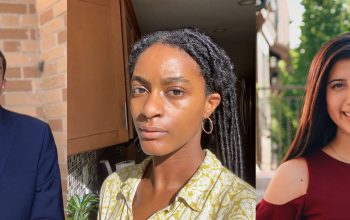 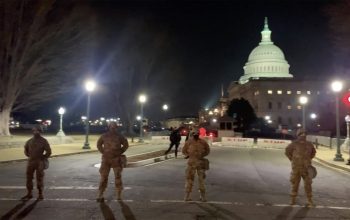