The Catalyze podcast: SEVEN Talk, by Debbie Weston Harden ’79: “Can I Do It All?”

Today’s episode is a recording of a SEVEN Talk from the 2022 Alumni Forum. This talk, given by Debbie Weston Harden ’79, is entitled, “Can I Do It All?”

You can watch all of the SEVEN Talks on our YouTube channel.

Debbie is a partner at Womble Bond Dickinson. The alumna was a member of the first class of women scholars.

Debbie Weston Harden ’79 is a member of the first class of female scholars, who were dubbed the “Dirty Dozen.” As a scholar, she was one of the first to participate in five summer programs, which led her to a career in law.

As a partner based in the Charlotte office of Womble Bond Dickinson, Debbie has practiced law for more than three decades, focusing on complex commercial litigation and counseling of boards of directors and other fiduciaries. She is a Chambers USA–ranked commercial litigator who has also been selected for inclusion by Woodward-White Inc. in five industry/practice areas in The Best Lawyers in America recognitions.

Debbie and her husband, Mark (UNC Class of ’77; MBA ’81), have three children, all of whom have completed their graduate education and begun their “adult” lives. While their children were younger, both Mark and Debbie’s community service focused on the family’s interests and activities. Debbie served on the Uptown YMCA’s Board of Directors, as a former chair, and later served on the Board of the Children’s Theater of Charlotte/ImaginOn and the Greater Charlotte Cultural Trust.

Most recently, as an empty nester, Debbie has pursued her passion for quality and affordable family housing, serving six years on the Board of Habitat for Humanity of the Charlotte Region. During her spare time, Debbie enjoys reading, travelling with her family, spending time in the North Carolina mountains, and playing golf with Mark.

Good morning. I’m Debbie Harden, and I’m a grateful member of the Morehead-Cain class of 1979. Now, I realize many of you were not born then, so let me take you back in time. We were 54 scholars strong, and for the first time, there were female candidates. Twelve of us who were instantly dubbed “the Dirty Dozen” made it through those interviews. But let me tell you, it was also the first time for those Morehead committees to deal with women. And they were primarily older men. And in the back of their mind, each of them, either subtly or directly, through their questions, managed to ask almost all of us, “Are you serious about a degree, about a career? Are you coming to Chapel Hill for an M.R.S.?” And I’ll tell you, my 18-year-old, inexperienced, confident self looked at those older men and said, “I can do both. I can have a demanding career and a family.” Well, unfortunately, they weren’t as wise as they thought, because they didn’t get it that I didn’t quite tell the truth. But I believed it at the time.

So jump ahead with me. Fast forward to 2019. The Morehead-Cain Foundation has a gathering of “the Dirty Dozen.” It’s our 40th anniversary and we’re back. And as part of the weekend, we meet with the current scholars in a panel format. Once again, I’m in the halls of the Morehead Building. I’ve always loved that building. And I hear that same question from a young scholar that haunted us so many years before. “Can you really both handle a demanding career and have a family? And if so, please tell us how.” Well, let’s just say with 40 years of experience, I didn’t give that group of scholars the same answer that I had that older group of committee members.

So let me just give you a brief glimpse into my past as to what shaped the new answer. I’ve been a practicing lawyer for 40 years. My husband Mark and I are celebrating our 40th anniversary, and we are the proud parents of three children. It has been a fulfilling life, but not always an easy one. For the first ten years of our marriage, we devoted ourselves to building our relationship and our careers. Two very demanding careers. Ten years later, finally, we were fortunate to have our son.

And we were ecstatic. And you know what? We kind of figured it out with one child because we, as double Tar Heels, could play man-to-man defense. We understood that, and we could trade off. But 28 months later, we were given premature twins. And all of a sudden our man-to-man defense days were gone. We were in that zone. And all of us Tar Heels know, there’s always a weakness in every zone defense. So what did we do? Well, we had a nanny, but we hired our nanny a part-time sitter, and we backed her up with other helpers. And we committed ourselves to trying to do the best we could with our very young family.

So finally, I returned to work. I’ve been a partner now for a few years, and it’s my first trial after having the twins. Come with me to this federal courthouse. Imagine you’re sitting in the courtroom, you’re finally back. I’ve landed a new client. I’ve got the general counsel beside me. I’ve got the chairman of the board in the witness stand, and I’ve got the CEO coming up next. I am back. I got this. I can live up to that 1975 promise.

And all of a sudden, from the back of the room, a note is passed to me, and I open it, and that note says, “Nanny’s sick. Can’t take care of children. Need help.” So what are you going to do? Once again, we have planned, we have tried, we have backed ourselves up. But that’s a difficult choice for a young mom. As the lawyers in this auditorium know, in the middle of the trial, the lead trial counsel’s greatest gift is confidence from the client. What are you going to do? You’re going to sit there and tell your client that you’re going to walk out the door? But as a young parent, are you going to leave your kids without proper care? So it’s with those types of experiences that I answer the question in 2019 in the Morehead halls. And my answer this time is not “definitely,” it’s “maybe.”

But you’re going to have to have three things if you’re both going to try to manage a demanding career and have a family. Number one, know there’s going to be sacrifices. Sacrifices by you and by your spouse and sometimes, unfortunately, by your children. Secondly, you have to have support. And for me, my most important support came in the form of my spouse who wanted to be an active part of his children’s life, and who, more importantly, supported my decision and my choice to try to have it all. And third is support from your firm, your career, your partners. You cannot do it alone. Don’t try. But the most difficult thing is the compromise you have to realize and accept for yourself. Each of us in this room, I bet, share a sense of being the best. You must or you are not satisfied. But let me tell you, you cannot be the best every moment of every day in what you do. You have to accept something less than the best. And in the words of one of my best friends and my law partners: You’ve got to learn, don’t let the perfect be the enemy of the good. 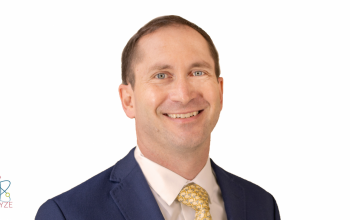