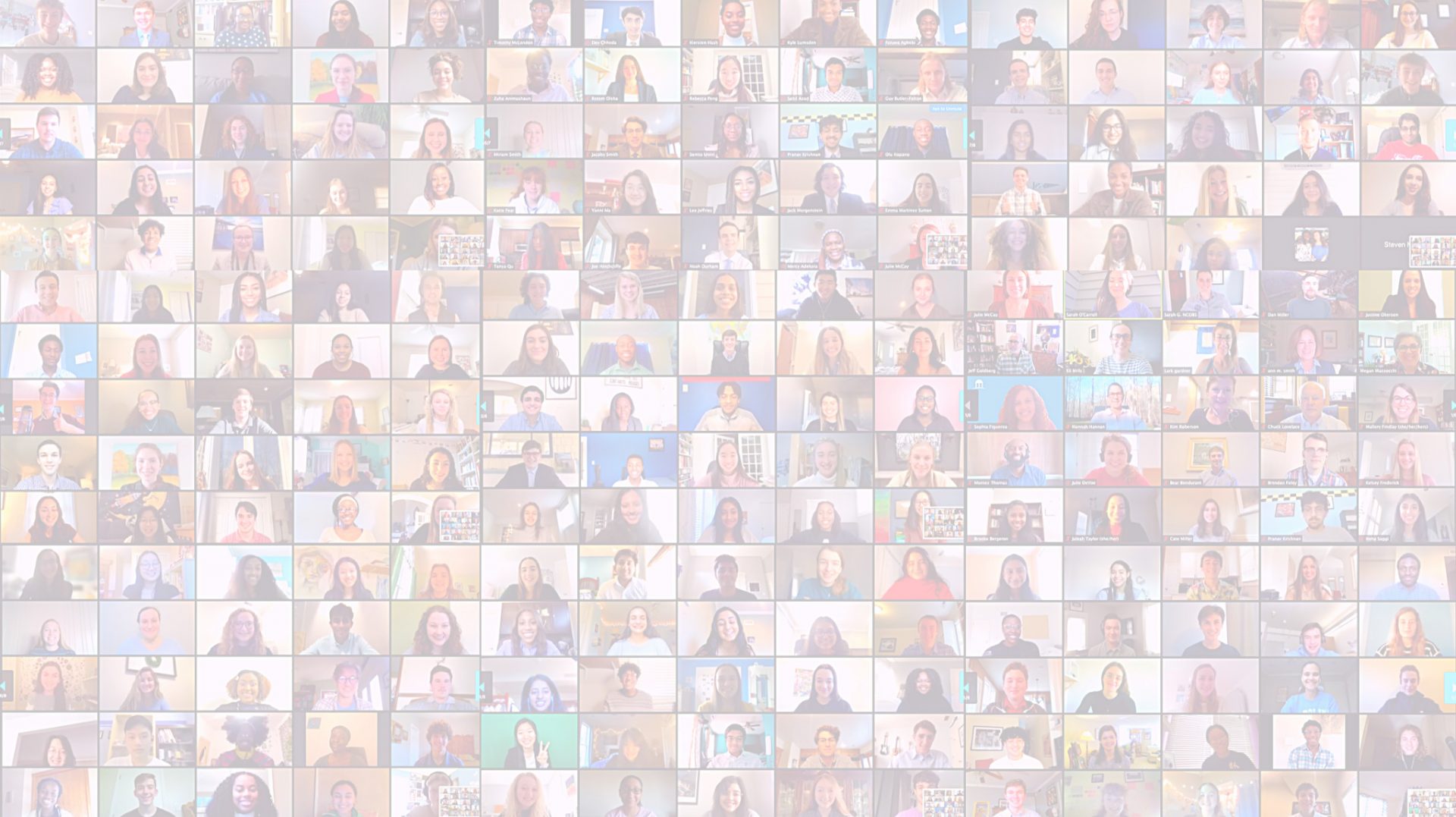 We hope you enjoy re-living some of the weekend’s highlights by viewing the event video recordings throughout this page. If you have questions about any of the events or the weekend overall, please contact the selections team.

Morehead-Cain would also like to extend our heartfelt thanks to all of our scholar hosts and volunteers, alumni speakers and panelists, and to all of our assessors. Your time, efforts, and expertise are what truly made this weekend memorable, and we could not have pulled it off without each and everyone of your contributions.

In the days leading up to Final Selection Weekend, Morehead-Cain hosted a series of optional events for finalists to get a fuller sense of the Program and life at Carolina.

The first event was a Mentoring Generations Panel on Monday, February 22.

The Morehead-Cain Mentoring Program leverages the power of the Morehead-Cain network by matching each participating scholar with a handpicked alumni mentor, with matches based on shared interests and values.

Ray Sawyer ’13 works in strategy and operations at Google. Previously, he was a student development specialist and continues to be a champion for students looking to enter the field of technology by helping historically underrepresented students pursue computer science education and careers.

Before joining Google, Ray completed a Fulbright grant in Busan, South Korea, where he used the classroom as a platform for cultural exchange. His self-designed curriculum turned the English block into a metropolis of dialogue on poetry and pronunciation, sports and segregation, education and expression.

What are SEVEN Talks?

SEVEN is a tradition at Morehead-Cain that fosters interaction and networking across classes and generations of of Morehead-Cain Alumni and Scholars. The name comes from the idea that every Morehead-Cain Scholar has the opportunity to get to know scholars from seven classes while at Carolina: the three classes that enter before theirs, their own class, and the three that enter after theirs.

We honor the concept of SEVEN in our SEVEN Talks by inviting each alumni or scholar speaker to speak for seven minutes about something that’s important to them, followed by a Q&A session and discussion with attendees.

On Thursday, February 25, finalists participated in a group activity hosted by Outward Bound.

The outdoor leadership experience is the first of four optional summer opportunities offered as part of the Morehead-Cain Scholarship. These courses are helpful in developing leadership skills, increasing self-awareness, and easing the transition to college life.

The Outdoor Leadership (OL) summer has been part of the Morehead-Cain Program for almost fifty years and has become a rite of passage in many ways as an experience that scholars will share and reflect upon for years to come.

Throughout the week, Morehead-Cain also broadcast five interviews with scholars through Instagram Live. Finalists tuned in to hear about their Morehead-Cain and Carolina experiences, and to ask questions.

Amy Feng ’23 joined from Colorado, where the scholar has been taking classes virtually this semester through A Place Beyond. The program offers a “bubble” environment for students to complete their remote semesters while living in a nature-focused community.

Amy shares about her nutrition research and involvements in APPLES Service-Learning, a student-led program at UNC-Chapel Hill that builds sustainable, service-learning partnerships among the campus community, the Par Center for Ethics, and One for the World.

Asher Wexler ’25 joined from his home in North Carolina, in between gap year travels. The scholar shares about his adventures thus far, which have taken him throughout Scotland, Northern Ireland, Tanzania, and Djibouti.

Asher also shares about the challenges he’s navigated while taking a gap year during the COVID-19 pandemic, how he’s learned to prepare for extended travel on his own, and about the relationships he’s developed through the past six months.

Eliam Mussie ’24 talks about his work with Virtual Hugs, a startup founded by Jed Lau ’98. The scholar also shares about the number of opportunities at UNC-Chapel Hill in entrepreneurship and innovation, and how to best maximize your four years in college by pursuing new opportunities and not fearing failure.

Towards the end of the conversation, Eliam describes his experience as a finalist and his decision to accept the Morehead-Cain.

Noor El-Baradie ’23 shares about her experiences studying Arabic in Morocco as part of a Discovery Fund project, interning at the International Trade Administration (ITA) through the U.S. Department of Commerce, and traveling throughout Alaska for her Outdoor Leadership course.

For our last Instagram Live conversation of the week, Hunter Vaughan ’24 joined from the Triangle Area to share about his remote internship with Because Baseball, a nonprofit (founded by Kemp Gouldin ’02) based in Cairo, Egypt, that aims to “build bridges of friendship” in the Middle East.

Virtual Final Selection Weekend officially kicked off, beginning with a keynote address from Karen Stevenson ’79, a U.S. Magistrate Judge for the Central District of California. 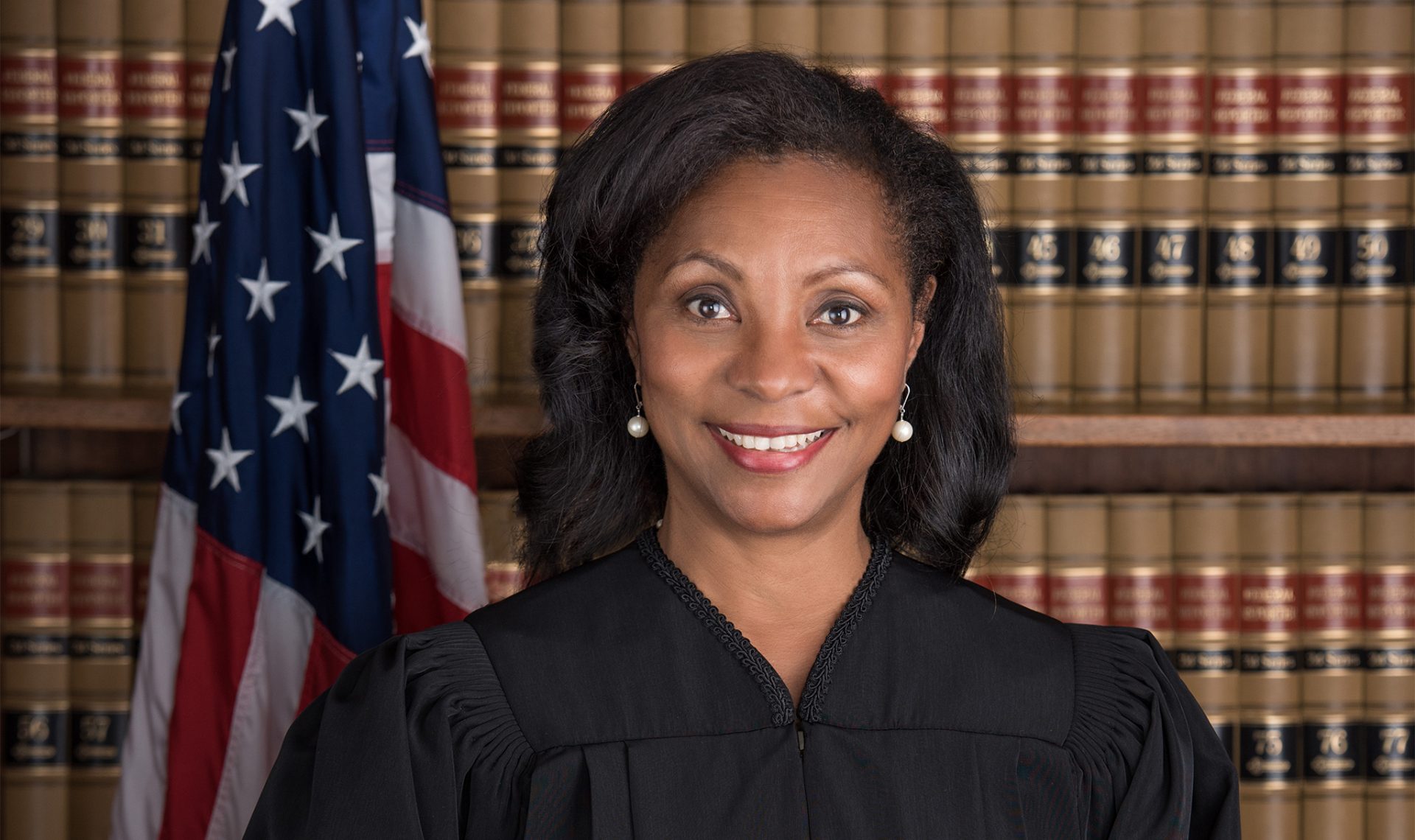 As a high school senior, Karen became the first African American woman to receive the Morehead-Cain Scholarship as part of the inaugural group of female Morehead-Cain Scholars. In 1979, the alumna made national headlines as the first woman from the University and the first African American woman from the United States to receive the Rhodes Scholarship.

Karen also joined Morehead-Cain’s podcast series, Catalyze, to share her thoughts about the renown she’s received for being “the first” with so many of her accomplishments; how she approaches her work as a magistrate judge; and how she’s maintaining a sense of equilibrium during the pandemic. Learn more about Karen.

Morehead-Cain’s advising team hosted a noon event to showcase the Summer Enrichment Program (SEP). In addition to their summer experiences, scholars shared about the Discovery Fund, the Morehead-Cain Network, and more!

The weekend concluded with a brief session featuring a drone tour of campus produced by Michael Marand ’22, remarks from UNC-Chapel Hill Chancellor Kevin Guskiewicz, and an a cappella performance by the Tar Heel Voices.

Thanks for watching! Below, you’ll find more resources about Carolina.

UNC-Chapel Hill is a global leader known for its innovative teaching and ground-breaking research. Carolina offers a variety of courses and programs to prepare students to thrive in a rapidly evolving economy. Follow the links below to explore more about the University’s robust academic offerings.