Cameron Champion ’20 and Mihir Shah ’20 will join two startups this fall as Venture For America fellows. There have been nine Morehead-Cain Alumni to participate in the program in the past five years.

Cameron is joining the team at Landing, a company based in Birmingham, Alabama, on August 24. Landing provides a network of fully furnished apartments with flexible leases. As an operations analyst, the recent graduate will ensure that the startup’s apartment hosts are trained and equipped to meet the demand for renters across 30 U.S. cities.

Cameron joined Venture For America because he was attracted to the idea of being in what he described as a “community of entrepreneurial spirits.” The two-year fellowship supports recent college graduates interested in working at startups and creating jobs in American cities.

“As someone who hopes to have a career as a growth-executive, investor, and founder, I found it essential to dive right into the startup ecosystem after graduating from Carolina,” said the alumnus. “VFA fellows were so authentic in sharing about their experiences in these various cities and startups, and they could tangibly and eloquently speak to how and when they learned, failed, and grew from this program.”

Cameron, who co-founded Chapel Thrill Escapes while a student, graduated with a degree in environmental sciences and a minor in business administration. He said he plans to apply his academic background in pursuing a vocation that tackles climate change through clean tech.

Mihir Shah ’20 will join RenoFi, a startup in Philadelphia that focuses on the home renovation finance space, next month as a technical marketing analyst. He will support teams on the company’s data dashboard and reporting front and will manage the technical side of marketing automation.

Mihir said that in addition to the many opportunities he’s received from Morehead-Cain, the Program introduced him to a “spectacular network of friends, colleagues, and mentors” that have helped him learn and grow.

The alumnus graduated from Carolina with a degree in communication studies and minors in business administration and Writing for the Screen & Stage. He begins work on September 14.

VFA fellows undergo a month-long training camp, apply for jobs within Venture For America’s company network, and work for two years as full-time, salaried employees in one of 14 cities.

Other Morehead-Cains who have participated in Venture For America in recent years include Cleveland-based alumna Ellie Teller ’19, a creative marketing manager for the independent film distributor Gravitas Ventures; Mackenzie Nelsen ’19, a farm implementation specialist at the farm share program Harvie in Pittsburgh; Baltimore-based alumni Gaby Nair ’18, who worked most recently as an associate customer success manager for the healthcare compliance analytics platform Protenus, and Hannah Sloan ’18, a senior project manager for the technology company Leverege; Joe Sullivan ’17, who worked at Start Right Foods in St. Louis; Ellen Currin ’15, founder of Harriette.Co (a startup Ellen launched as a Venture For America Accelerator following her completion of the fellowship); and Emily Bowe ’14, a 2016–2017 VFA Alumni Board member who worked in San Antonio at the 80/20 Foundation. 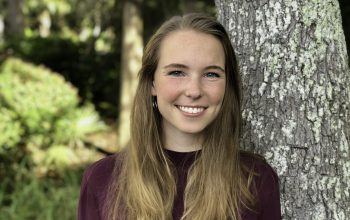 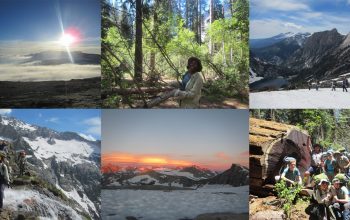