Normal>Next will serve private sector companies while the nonprofit FutureProof will focus on public enterprises. Both will enable clients nationwide to successfully transition during times of widespread industry disruption by providing personalized crisis playbooks.

These guidelines will serve entities across a diverse range of fields, including philanthropy, higher education, museums, and film production.

When public health officials made clear that no states would be impervious to COVID-19’s reach, Dennis said that his team began to recognize how the outbreaks would exacerbate weaknesses in nearly every area of business.

“We realized that the world is facing a crisis, and that the organizations and companies who bury their heads in the sand and hope that all of this just goes away are going to be in big trouble if they don’t have the skills to reinvent themselves,” said the serial entrepreneur, who co-founded the startups with four others.

The alum said he hopes that Normal>Next and FutureProof will give people “the courage to see the silver lining” amidst the pandemic as an opportunity to reimagine their future.

“There’s still going to be huge costs for many businesses, but the idea is to help them face head-on how the world is changing and to demonstrate how they can thrive on the other side of the crisis, as supposed to just mitigate damage,” said Dennis, who served as an economist at the World Bank in the ’80s and ’90s.

As the co-founder of GlobalGiving, the first global crowdfunding website that connects donors with grassroots projects worldwide, Dennis has dedicated his career to helping organizations undergo transformations. After serving as CEO of the platform for a decade beginning in 2000, he also went on to co-found Feedback Labs in 2010, an organization that facilitates community feedback for services provided by philanthropic and aid-based institutions, civil society groups, impact investors, and government agencies.

Dennis developed and led the team for five years before appointing Britt Lake ’03, a founding board member of Feedback Labs (and the former chief program officer for Global Giving), as CEO and moving to Jacksonville, Florida last winter.

The city’s history as an epicenter of motion-picture production in the early twentieth century first sparked the idea to form a company that might aid redevelopment efforts in the Sunshine State, said the alum (who once played an extra in the 1984 movie Missing in Action, directed by Joseph Zito).

When prohibition laws of the 1920s drove many silent film producers to transplant to the more libation-tolerant Hollywood, there seemed little hope of restoring Jacksonville’s reputation. That is, until now.

With concerns over hotel safety with regard to virus case resurgences, Dennis believes secondary homes that lie dormant for long periods of time along the Atlantic coast could be used to house cast members, as one example of how the playbooks might envision alternative logistical schemes.

“Locals would love to have movie stars in their houses, and who wouldn’t? Jacksonville has an opportunity here to embrace the rebirth of the movie industry,” he said, saying even Morehead-Cains from Florida whose plans are diverted (again) due to future pandemics could be hired as extras. “You could create a lot of excitement around that idea.”

In addition to real estate, the playbooks will help companies work through contractual, design, community-building, and health- and safety-related issues, according to the co-founder.

Dennis launched the startups with Charles (Chip) Story, Ernest Koe, Marcia Conner, and Steve Ritchie. The team is also growing: Normal>Next and FutureProof are seeking to hire current scholars this summer as interns to work with the entrepreneur. Those interested in joining the team can contact him through the Morehead-Cain Network or by sending an email to contact@normalnext.com.

The alum is the founder and president of The Whittle Group, LLC, a Washington, D.C.-based startup that provides consulting services for organizations focusing on philanthropy, higher education, and government. He received his bachelor’s degree in religious studies from Carolina and a master’s in public affairs from the Woodrow Wilson School of Public and International Affairs at Princeton University.

“Leadership requires being willing to think differently, the skills and courage to bring about change, and the persistence to keep going when you fail, and fail, and fail, because you usually have to--many times--before you succeed.” 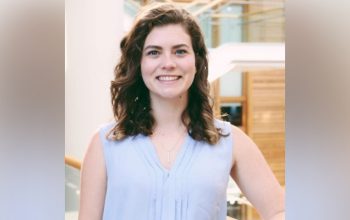 The Catalyze podcast: When the coronavirus takes over your beat: Laurel Wamsley ’06, reporter for NPR, on covering the pandemic 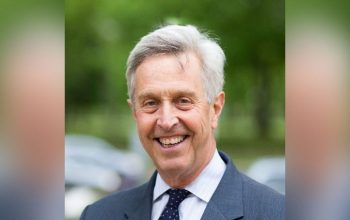 The Catalyze podcast: Bruce Gellin ’77 on the race for a coronavirus vaccine and the defense against COVID-19’s return