Calvin Young ’10 says youth is an advantage in entrepreneurship

Growing up, Calvin Young ’10 (on right, in photo above) bought a lot of secondhand clothing. He likes secondhand clothes, but shopping for these items tended to be a hassle.

“When you go into a thrift store or one of these buy-sell-trades, the layout isn’t awesome. You have a pretty limited selection of items,” Calvin explains.

The online resale platform Ebay offers a wide variety of items—”but the problem with eBay is the shopping experience for the user is not customized,” he says.

Calvin wished he could use a shopping website that took the best elements of eBay combined with the user-friendly elements of Amazon: “an Amazon-like shopping experience, with eBay selection and prices.” That website didn’t exist. So, along with a friend, Calvin decided to design a solution to his secondhand clothing problem.

And their idea was big.

When Calvin was thinking through all this, he was working as a software engineer at Google. He partnered with a colleague who shared his vision.

“We spun up a quick website that let some folks sell us a bag of clothes, dumped some money into ad campaigns, then manually created listings on other secondhand marketplaces,” Calvin explains. “We were eventually able to sell those clothes at a profit.”

Calvin says he didn’t hesitate to leave his comfortable job at Google to work full-time on his venture, which they named Twice.

“I might attribute that to naiveté more than anything else,” he says. “I didn’t think about it much, to be honest. A benefit of starting young is that you don’t have to worry about responsibilities, there’s no family to think about. Feeling young and indestructible is a really great competitive advantage.”

Plus, he had a lot of help. More than he expected, actually.

“One of the things that was probably most surprising was that people with more experience are much more willing to help and talk to you and give you advice than you’d expect. It’s definitely true in Silicon Valley, probably true in a lot of places. If you show some hustle, if you show some gumption, if you show a genuine interest in talking to somebody, they’ll respond and they’ll probably respond with something useful.”

Calvin says he and his co-founder reached out to a lot of folks out of the blue, and some of those individuals eventually became their mentors. He says those connections—and his personal connections with his teammates from Twice—were his favorite element of the whole experience.

“The part I found most rewarding was building a team and a culture around things that I cared about, things we were all passionate about,” he says. “We had a large team, and many are still really good friends. We still get together every now and then, even though we don’t work together anymore. Some have said it was one of the best work experiences of their lives so far.”

Twice launched in 2011. Just four years later, Ebay bought the company. That same year, in 2015, Forbes named Calvin and his co-founder to their 30 Entrepreneurs Under 30 list.

Calvin worked for Ebay for about a year, and then left to start something new. His current project is developing software that helps commerce companies manage their transportation expenses. It’s called Galleon, named after the trading ships widely used during the 16th through 18th centuries.

Looking back, Calvin reflects that his Morehead-Cain summers bolstered his entrepreneurial spirit.

“My Public Service and Independent Research summers were more beneficial in teaching life skills than I really expected,” he says. “My Public Service summer, I went to Bolivia and didn’t really speak Spanish. But I did by the time I left. My Independent Research summer was mostly by myself in Uganda and India. I didn’t have that much stuff figured out when I got there. I should’ve planned ahead more, but both summers forced me to be comfortable figuring things out.

“A lot of entrepreneurship is about that.”

This article is the last in a 2018 series profiling young Morehead-Cain Alumni entrepreneurs. 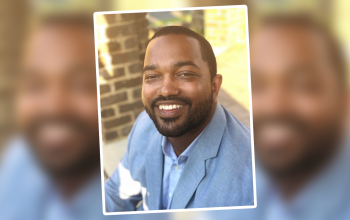 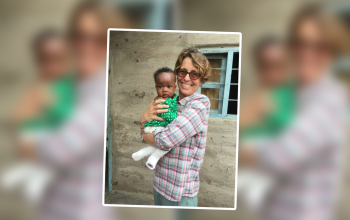