For today’s inauguration of President-elect Joe Biden, Jim Greenhill ’88 is stationed at the Capitol to help secure a safe transfer of power.

Jim is a sergeant (first class) for the National Guard Bureau, where the alumnus has served for the past 15 years. Around 25,000 National Guard troops are in Washington this morning to support heightened security measures just two weeks following the invasion of the Capitol on January 6.

A former news reporter, Jim was stationed in Arlington, Virginia, for five years as a military photojournalist and videographer. He began his journalism career as a staff writer at The News-Press (affiliated with the USA Today Network) in Fort Myers, Florida, and then worked at The Durango Herald in Durango, Colorado, for three years.

Galvanized by the September 11 terrorist attacks, Jim left the Herald on extended military leave to enlist as a specialist and undergo training in the Colorado Army National Guard. After serving in Guantanamo Bay, Cuba, with Colorado’s Mobile Public Affairs Detachment as part of the U.S. government’s Operation Enduring Freedom combat mission, he was promoted to corporal and transferred to the Utah Army National Guard.

Born as a British citizen (and nominated for the Morehead-Cain by Dulwich College), the alumnus became a U.S. citizen in April 2004.

Jim earned his bachelor’s in journalism and mass communication from Carolina. As a Morehead-Cain Scholar, he wrote for The Daily Tar Heel. The sergeant is also the author of “Fire in the Sky: Colorado’s Missionary Ridge Fire” (2002) and “Someone Has to Die Tonight” (2006). 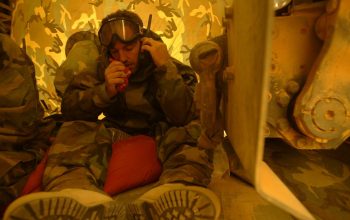 From a war zone to the newsroom: Luke Baker ’95 on the power of learning resilience 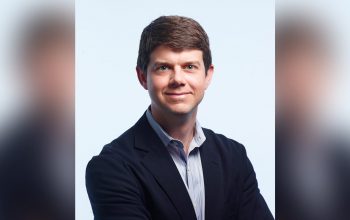