There’s less than one month before the application deadline for the Morehead-Cain Class of 2025! We’re excited to continue sharing stories with our Morehead-Cain candidates about the Summer Enrichment Program (SEP). As the second installment of our four-part series this fall, we asked five Morehead-Cains to share about their Civic Collaboration experience in Toronto, Canada.

During the Civic Collaboration summer, teams of scholars embed themselves in cities across North America, investigate those communities’ challenges and opportunities, and propose real solutions. Not as interns—but as citizens.

Keep reading to hear their story!

Megan Lienau: For our Civic Collaboration project, we worked with an organization called Evergreen Brick Works, an urban community center situated in the Don Valley Parkway in Toronto. Their mission is to help cities flourish into more livable, green, and collaborative environments by engaging community members with one another and exposing the residents of the area to the natural world.

Evergreen’s mission to be an inclusive force was not fully reflected in their regular clientele. So my four team members and I worked to break down the barriers to accessibility and inclusivity during our eight weeks working with the organization.

As part of our project, we developed an accessibility handbook to serve as a starting point for the organization in advancing accessible programming, event planning, and general services.

Jaya Mishra: Using Ontario’s accessibility guidelines, we audited all of the physical spaces on Evergreen’s campus, such as parking lots, stairs, sidewalks, and signs.

Bobby McQueen: We used both qualitative and quantitative approaches to develop a business case for accessibility, and presented it to upper management. We also provided a cost projection for all of the changes we thought would be necessary to implement.

We interviewed economists in Toronto as well as people who are familiar with financially accessible and physically accessible businesses in the area.

Alex Mazer: On our final day, we shared the findings with Evergreen’s entire staff (around 45 people!). We had them perform simulations of what it would be like to walk through the campus as someone in that target demographic.

Alex: It was really touching to see how engaged they were and how they internalized and appreciated everything that we did. We were there to set the direction for their 10-year plan, and it seemed like that set off the spark.

Alex: My favorite memory of the trip was when we got to celebrate (with basically all of Canada) the Raptors victory against the Golden State Warriors for the 2019 NBA championship. That might be a little hard to replicate in your host city . . . but hopefully it’s a sign that crazy things can happen; you just gotta be ready for it.

Jaya: Living in Toronto was by far the best eight weeks of my life. It was incredible to be immersed in such a rich culture.

Megan: My favorite part of being in the city was spending time on Lake Ontario. I joined a rowing club in my first week and practiced with that group of people pretty much every day, every morning. It was a great way to get outside, meet new people, and explore the beauty of the Great Lakes and the area.

Megan: I recommend getting involved with a local group during your Civic Collaboration experience so that you can experience the city more from the perspective of someone that lives there.

Team Toronto: Thanks so much for following along on our Civic Collaboration project! We all learned how to effectively collaborate on complex issues and to advocate for members of our community in removing inherent barriers to accessibility and exclusivity. —Maggie, Megan, Alex, Bobby, and Jaya.

You can view Instagram Stories Highlights for the Summer Enrichment Program series on our account @moreheadcain. And, make sure to check out the Prospective Scholars page for upcoming deadlines and other application-related information. 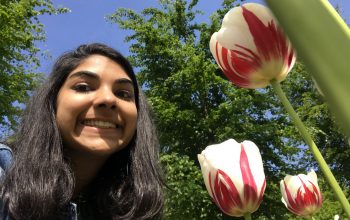 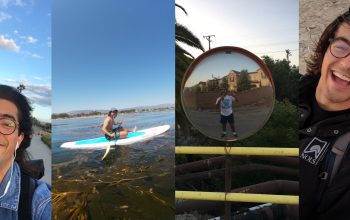 Summer Enrichment Program Series: Rodrigo Bustamante ’20 on his Professional Experience at Patagonia on the West Coast