The first time Antonio McBroom tasted Ben & Jerry’s ice cream, he was eighteen years old and sitting in the Franklin Street shop for a job interview.

“When I went to UNC, I still had substantial financial responsibilities for my family, for my grandma specifically,” Antonio reflects. “I needed to get a job. Walking down the street at orientation, I saw the Ben & Jerry’s. I went in to apply, and got some ice cream while I waited for the manager.”

“It was heaven through a straw.”

Then he found out he’d get a free menu item for every shift he worked.

“I thought, ‘Not only am I going to work, but I’m going to eat free ice cream, too.’” Antonio laughs.

He says he fell in love with the company and brand. He found it a fun place to work, and not just because of the free ice cream. He worked hard: thirty hours per week during his sophomore and junior years. And he worked well: His superiors promoted him to manager by his senior year.

Two days before his college graduation, he bought the shop—becoming the youngest franchisee in the company’s history.

Even though he’d had a positive experience as a scooper, he started making changes right away.

“We’re so focused on team building and culture, it’s just a totally different place,” Antonio says. He’s incorporated end of year celebrations and good-natured monthly employee performance contests. And the emphasis on employee experience is doing wonders for retention. By his third year of working at Ben & Jerry’s during college, not a single coworker had been there as long as him. But now—

“I’ve got folks that have been working with me nine of the ten years I’ve been in business,” he says.

Antonio also focused on growing the business. He wanted to increase sales in his Franklin Street shop but also expand the business model to include off-campus catering. In the ten years since Antonio took over, he has opened six additional shops: four in North Carolina, one in Georgia, and one in Florida. And all those stores are doing well.

“Our team is now the number-one catering operations in the entire system nationally,” he says.

But it wasn’t always easy. After all, Antonio bought his original Franklin Street store in the midst of the Great Recession. It was a buyer’s market, but that left a lot of uncertainty.

Not sure if the deal would even go through, Antonio had applied to Teach For America while he was still an undergraduate. He accepted an assignment in southern Durham. When the Ben & Jerry’s purchase closed, Antonio decided to respect his commitment to TFA.

“I deferred for a year and focused on breathing life into this business and getting it stable,” he says. “And we had great results. We grew the business by 20 percent in year one.”And then Antonio worked two jobs: as a full-time teacher and a small business owner.

“I was up at six in the morning, at work by seven, with the students all day, and then 4:00 p.m. at the shop until closing,” Antonio says. “The thing that made it work was the complimentary seasons.”

Ice cream is most popular when school is out of session. But still—

“That was definitely an ambitious time,” he acknowledges.

After finishing his teaching stint, Antonio remained passionate about education, and he still works hard to support educational opportunities in the area.

“I really feel compelled that education is going to change a lot of the challenges I see in our society,” he says. “As the business became successful, I saw different vehicles by which to do that: internships to invest in college leaders, scholarship programs for graduating high school seniors going to college.”

And Ben & Jerry’s gives him the opportunity to act on those ideas.

“From a brand level, Ben & Jerry’s at its roots has always been progressive and socially conscious,” Antonio says. “For me to be involved in a company that has that focus on social justice, and for the work that we’re doing to have impact in that way, is what makes it the most rewarding.”

He continues, “The thing I love most about this journey is the impact. It’s rare that you get alignment with your personal purpose and the work you do on a daily basis. Ben & Jerry’s allows me to spread love and joy to all the folks who come in our different locations. But it also allows me the platform to really impact my team and the folks I work with on a daily basis through creating job opportunities, learning opportunities, travel opportunities. That’s what makes me stick with it.”

And one might imagine that not only are Antonio’s customers and employees glad he sticks with it . . . but his kids are, too.

“My children certainly eat ice cream every day,” he laughs. He says that he tries not to eat it every day.

Just like that first Ben & Jerry’s milkshake when he interviewed for his college job—heaven. 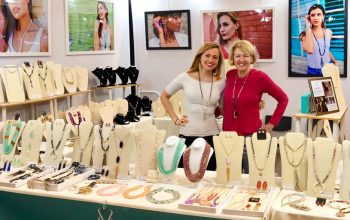 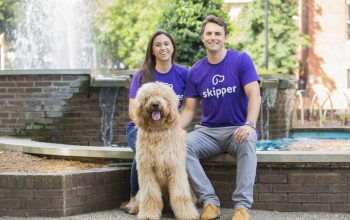 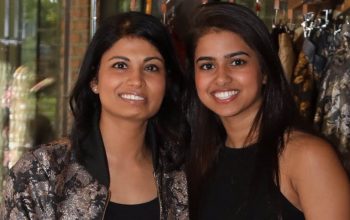